March 4, 2019 (Beloit, WI) – Blackhawk Bank is committed to their philosophy of growing talent from within their organization.  On February 28, 2019, the Bank promoted 13 current employees. 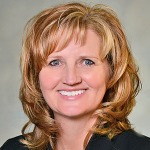 Phyllis Oldenburg was promoted to Executive Vice President & Chief Information Officer.  For more than 22 years, Oldenburg has been the primary person in charge of building out the Bank’s information technology platforms.  She also oversees the data security and data integrity of the Bank. Todd James, Chairman & CEO of Blackhawk Bancorp, Inc., stated, “Phyllis is dedicated and extremely diligent. She constantly strives to improve the Bank’s IT operations and is very responsive to suggestions of improvements.” He continues, “Her leadership of the Bank’s IT infrastructure and strategy has been critical and will continue to be critical to the Bank’s success going forward.” 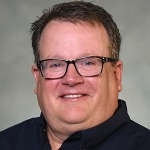 Todd Larson was promoted to Executive Vice President & Chief Credit Officer. Larson joined the Bank in 1998 as a commercial lender. He soon advanced to Senior Vice President and headed up Business Banking. Today, he oversees the Credit Department.  James noted, “Todd’s years of service and dedication to the organization has played a pivotal role in developing and maintaining the Bank’s credit culture. He demonstrates a deep commitment and loyalty to Blackhawk Bank and is truly vested in the Bank’s financial success. He deserves the recognition that comes with the promotion to Executive Vice President.” 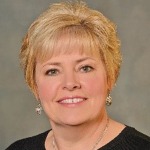 Linda Palmer was promoted to Senior Vice President & Operations Manager. With nearly 17 years with Blackhawk Bank, she oversees the Deposit and Loan Operations teams and the Bank’s Client Services area. She is the primary contact to make sure the Bank’s systems are working and transacting properly and efficiently. “She currently plays a crucial role in planning and executing the conversion of First National Bank of McHenry’s accounts to Blackhawk Bank’s core provider and auxiliary systems,” says James. “Her responsibilities are expected to continue to expand as we grow. She is very deserving of this promotion.”

Tammy Zurfluh was promoted to Senior Vice President Mortgage Banking. Before heading up the Mortgage Department, Zurfluh was a top producing Mortgage Loan Originator for Blackhawk Bank. Her experience and leadership abilities made her the perfect candidate to focus on department-wide responsibilities. “Tammy has done an exceptional job leading the department, contributing to Blackhawk Bank becoming number one in mortgage market share in 2018.” commented Dave Adkins, President and CEO of Blackhawk Bank. “She has developed an outstanding team and they clearly appreciate her leadership.” 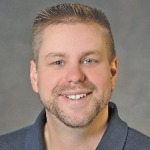 Andy Williams was promoted to Senior Vice President & Senior Lender – Business Banking. Williams has been with the Bank for 14 years.  He began his career in the Mortgage Department to learn the banking business and utilize his sales experience. From there, he moved into Business Banking, where his enthusiasm and compassion for helping clients has made him a market leader and a leader within Blackhawk Bank. In his new role, Williams will provide support in the continued building of sales skills throughout the Business Banking team. “The need for ongoing development of skills with the growth we have been experiencing and the potential for additional expansion indicates the need for a full-time sales leader and coach,” stated Adkins. “No one is better suited and more deserving of this opportunity than Andy is.”

Blake Ruffner was promoted to Vice President Credit Administration. Previously, Ruffner worked with a large, national bank which helped him learn a systematic approach to credit. He works with the Bank’s Finance team to generate many of the reports reviewed by the Bank’s management group and board of directors. “Blake has had many accomplishments over the past few years,” remarked James. “This promotion is well-deserved and Blake works hard at being the voice of our credit culture.” 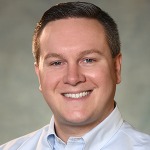 Chris Benson was promoted to Assistant Vice President Business Banking.  Coming from a non-financial sales background, Benson was committed to Business Banking sales training that was provided by the Bank. Adkins observed “Because of his sales focus and diligent calling efforts throughout 2018, Chris’ activity has led to significant prospective banking relationships in 2019.” 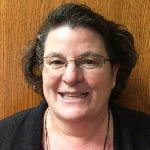 Donna Cordray was promoted to Assistant Vice President Relationship Manager Associate – Business Banking. “Donna is a proven advocate for both the Bank and its clients,” stated Adkins. “Her work ethic is unquestioned, and with the many tasks that Relationship Manager Associates face on any given day, we know Donna is the right person to excel.” Further, Cordray has already worked with many of the business clients, which will make a seamless transition into her new role. 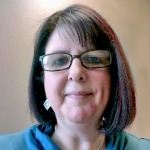 Kerry Fox was promoted to Assistant Vice President Senior Credit Analyst. Fox has been in the financial industry for more than 20 years, with five of those years with Blackhawk Bank. In addition to training the Credit Department’s junior analysts, Fox takes on the Bank’s most complicated credits and produces high quality results. James commented, “Kerry works well with our commercial lending staff to produce collaborative presentations. She is taking a more active role with them on structure of credits and identifying risks for our decision making process.” 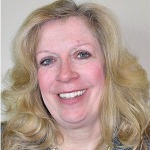 Debra Hahn was promoted to Assistant Vice President Loss Mitigation. Several years ago, with a shift in staffing changes within the Bank’s Collection area, Debra put her expertise to work and kept collection processes running smoothly. Hahn spends much of her time involved in the collection of the Bank’s large servicing portfolio. “Debbie has been instrumental in keeping delinquency ratios below peer standards, through her diligent work efforts,” declared James. “Debbie is loyal, hardworking and always willing to take on additional responsibilities and assist other areas within the Bank.” 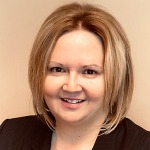 Stacy Kramer was promoted to Assistant Vice President Special Assets. Kramer worked at Blackhawk Bank before pursuing her goal of working for the FBI. Kramer ultimately decided to return to the Bank, which was happy to welcome her back.  With a law degree, Kramer is able to provide the Bank’s Collection area with invaluable knowledge and research abilities. James affirms, “Stacy is a strong employee on all fronts. She provides an advanced level of thinking and provides legal expertise.” 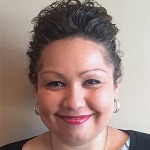 Angela Lara was promoted to Assistant Vice President & Assistant Branch Manager/Teller Supervisor.  Lara started with Blackhawk Bank in 1999 as a part-time teller. She moved through the ranks, ultimately becoming a Teller Supervisor.  Lara left the Bank to work for a large bank in 2007, only to return in 2009 stating she missed the personalized service Blackhawk Bank brings to their clients. She will continue supervising the Belvidere Banking Center’s teller line, as well as, provide support to Blackhawk Bank’s South Region, which includes the Belvidere, 11th Street, Perryville and Machesney Park Banking Centers. “Angela is a huge asset to the Bank and its clients,” remarked Donna Schultz, Blackhawk Bank Vice President & South Region Banking Center Manager. “I’m excited for her to provide insight and additional support to the South Region.” 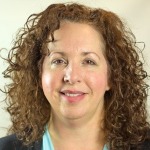 Tena Reavis was promoted to Assistant Vice President Operations. Reavis has several years of banking experience. She has become an expert in some of the most challenging aspects of the Operations Department. “Tena has worked hard to build her leadership skills not only in Deposit Operations, but in chairing the Bank’s Engagement Team over the past few years,” commented James. “There is no doubt Tena will continue to do great things in her new role.”

Blackhawk Bancorp, Inc. is headquartered in Beloit, Wisconsin and is the parent company of both Blackhawk Bank and First National Bank of McHenry.  Blackhawk Bank operates eight full-service banking centers and a dedicated commercial office, which are located in south central Wisconsin and north central Illinois along the I-90 corridor from Elgin, Illinois, to Janesville, Wisconsin.  First National Bank of McHenry operates three full-service banking centers in McHenry, Richmond, and Island Lake, Illinois.  The company offers a variety of value-added consultative services to its business customers and their employees related to the financial products it provides.