To make every customer a customer for life.

In a Certificate of Organization adopted March 26, 1881, Beloit Savings Bank is formed, “for the purpose of receiving deposits of laborers, mechanics, servants, minors and others, and to loan the same for the benefit of such depositors.”

S.T. Merrill is elected the first President of the Bank, which is located on the 2nd Floor of the D.S. Foster Building in downtown Beloit, WI.

A two story, state-of-the-art facility is constructed to accommodate Beloit Savings Bank’s move from its long-time site at the corner of State Street and Public Avenue, in Beloit.

A new, full-service branch opens at 1795 Madison Road, on Beloit’s west side.

Land is purchased for another office on Beloit’s east side. In February, the Beloit East Banking Center opens at 2200 Cranston Road, Beloit.

Groundbreaking takes place for a two-story, 6,000 square foot addition on the southeast corner of the building located at 400 Broad Street, Beloit.

The Bank announces plans for the first full-service branch located in a local supermarket, Cub Foods.

In May, Blackhawk State Bank completes the Rochelle Bancorp, Inc. acquisition, resulting in six office locations on both sides of the Illinois-Wisconsin state line.

The Cubs Foods and Walmart in-store branches later close, consolidating business into the nearby offices located at 400 Broad Street and 2200 Cranston Road, Beloit.

Blackhawk State Bank opens its eighth office at the corner of Highway 251 and Elevator Road in Roscoe, IL, in March.

In May, Blackhawk State Bank announces its plan to expand its presence in Illinois with the proposed acquisition of First Financial Bancorp of Belvidere, IL. The completed acquisition adds two offices in Belvidere and a new office building on Perryville Road in Rockford, IL.

Blackhawk State Bank narrows its market to a regional corridor stretching from Beloit, WI to Belvidere, IL, selling the Rochelle and Oregon, IL branches to First National Bank of Rochelle.

Blackhawk State Bank shortens its name to Blackhawk Bank, in turn updating its logo for a more contemporary image. New signage is erected at all Banking Centers.

The Bank expands its ATM network through a co-operative agreement that places numerous ATMs in high-traffic areas.

Blackhawk Bank’s branch office at 1795 Madison consolidates into the two larger office in Beloit at 400 Broad Street and 2200 Cranston Road.

In April, a third office of Raymond James Financial Services, Inc. opens inside the Banking Center at 2141 N. State Street, in Belvidere.

The Mortgage Processing Department relocates from the Belvidere location, in September, to an office on Argus Drive in Rockford, IL.

The Banking Center opens on November 11th, to meet the financial needs of this diverse corridor populated by manufacturers, businesses, families and individuals.

To provide longer hours and additional financial services, the Bank consolidates its Capron, IL office into the nearby Belvidere Banking Center.

On November 20th, a new full-service Banking Center opens at this location. The Mortgage & Commercial Loan Center relocates from 200 West Milwaukee Street to this new location.

Blackhawk Bank announces, on September 7th, that the Bank purchased property at 5506 Clayton Circle, in Roscoe, IL to accommodate the relocation of the office at 5206 Elevator Road. 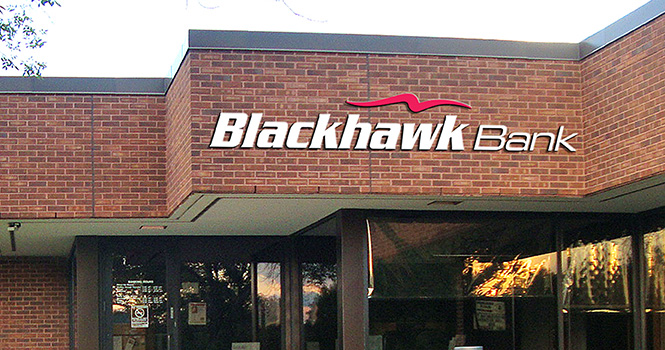 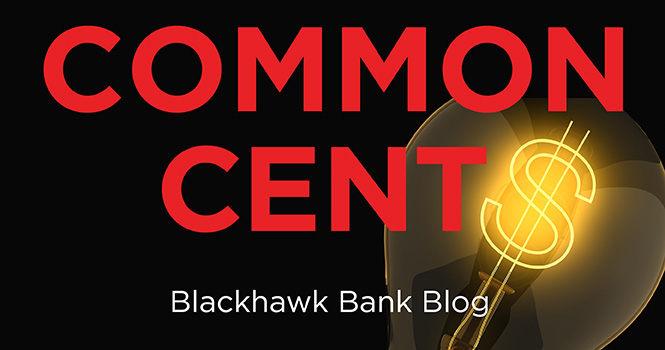 Insights designed to help you personally, professionally and financially. Explore topics on our Common Cent$ Blog.