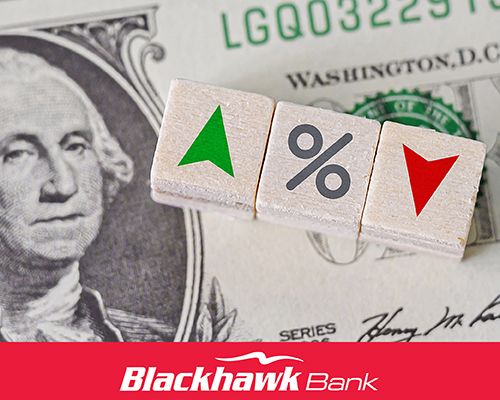 The Fed Reserve cut its benchmark interest rate to zero on Sunday, the second such emergency rate cut this year in response to the coronavirus. Although the Fed funds rate is indirectly tied to mortgage rates, it’s a good bet that mortgage rates may fall even more in the days and weeks to come as investors flee to safe-haven asset classes, like the 10-year Treasury note, which typically moves with mortgage rates.

“The coronavirus outbreak has harmed communities and disrupted economic activity in many countries, including the United States,” the Fed said in a statement as it cut interest rates to near-zero and launched a $700 billion quantitative easing program to shelter the economy from the effects of the virus.

The Fed also slashed the rate of emergency lending at the discount window for banks by 125 bps to 0.25 percent, and extended the term of loans to 90 days.

Investors have been buying bonds and driving bond yields down over fears that the coronavirus outbreak will suppress economic growth down in the U.S. and abroad. This has pushed the 10-year Treasury note to a series of new lows.

“Lower rates provide an opportunity for lower-cost borrowing including for mortgages which support refinancing and prospective homebuyers,” says Mark Hamrick, Bankrate’s senior economic analyst. “For savers, it will remain important to shop around for the best rates.”

After three previous quarter-point rate cuts in 2019, the mortgage holders that benefited most are those with adjustable-rate mortgages or ARMs, as the Fed cuts meant reductions to their mortgage bill.

Most variable and short-term rates are linked to two benchmark rates: the prime or the London interbank offered rate (Libor) plus a margin, which is a number of percentage points. These rates usually march in step with the federal funds rate, so rate cuts mean an extra jingle in some borrowers’ pockets.

What ARM borrowers should know

Variable-rate loans, such as 3/1 and 5/1 ARMs, as well as home equity lines of credit, or HELOCs, get more or less expensive as the Fed boosts or lowers rates. This can be a boon for borrowers or a drain on their wallets, which makes variable-rate loans a sometimes-risky proposition.

Products like 5/1 ARMs give consumers the first five years with a fixed rate; after the fixed-rate period ends, there are annual rate adjustments for the remainder of the loan. So, if your rate drops during the adjustment period the cost of your ARM drops, too.

Many HELOCs are also variable rate loans, which means a win for borrowers in a falling rate environment.

The problem is that rates don’t always drop. So, it’s important for borrowers to analyze all scenarios: how much they’ll spend as well as how much they’ll save if rates rise and fall. It’s important to ask yourself: can I afford my mortgage payments if rates spike? Although your initial out-of-pocket payment will likely be lower with an ARM, that low cost might not last if rates rise.

Often borrowers choose ARMs to get the lowest initial rate possible, regardless of the variable-rate risk. This can be a cost-saving strategy if the borrower is certain they’re going to sell before the fixed-rate period ends or can refinance into another mortgage.

For borrowers who plan on staying put or might not be able to refinance later (due to credit or employment issues, for example), that upfront cost-savings likely isn’t a worthwhile gamble.

Consumers may want to keep an eye on these indicators

The Fed’s decisions on rate movements are often influenced by several economic factors, which consumers can easily track. Employment, inflation and consumer price index are essential data the Fed considers when deciding what to do with rates.

One thing consumers may want to look at is the employment report, which is published monthly by the Bureau of Labor Statistics, or BLS.

The target inflation rate is another yardstick for rate changes. Currently, inflation is still dipping just below the Fed’s target 2 percent rate, which — in concert with other economic trends — could nudge the Fed toward future rate cuts.

As long-term mortgage rates fall well below 4 percent, many borrowers are in a good position to save money.